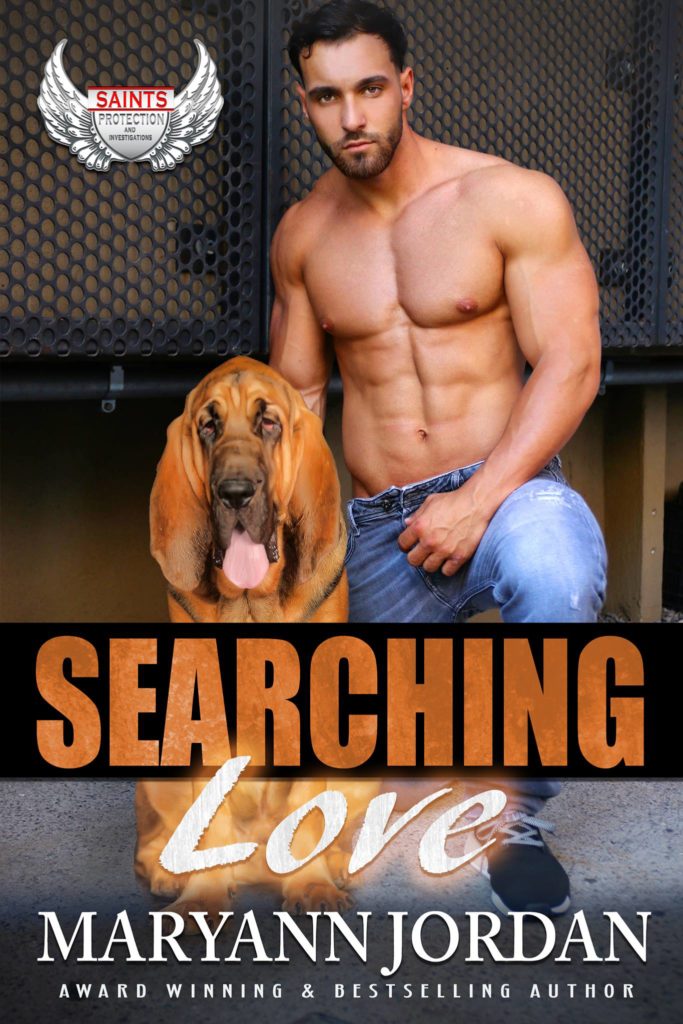 Nathan Washington loved his job as a tracker, training his faithful bloodhounds. He had no idea that the enigmatic woman he saved two years ago—and had not forgotten—would become part of his life again. When he learned she was in danger, he joined his friends, the Saints, to find her once again. But, she was right under his nose.

With her new identity, Agatha Christel devoted her time to the woman’s shelter, burying all thoughts of the handsome tracker who rescued her a lifetime ago.

Meeting again, he did not recognize her, but as his feelings for her grew, so did his conflict. How could he care so much for two different women?

Just as he discovered who she was, he realized how much danger she was in. Can their love survive the deceptions…or the danger that follows?

**This book contains scenes that would be found in an R-rated movie. For 18+ readers only.